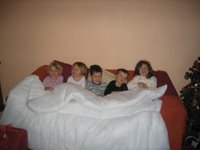 Here we are now coming into spring and it has been the coldest I can recollect - well at least since last year. That' s the funny thing about memory, it plays little tricks on you; convincing you that things have changed or have moved when in fact they haven't really.
Workwise, things are improving vastly. I've switched onto a three day week, which allows me the time to concentrate more fully on my studies. Funny how I hadn't realised just how important they were to me, until I had to forego the pleasure! I really feel that I have grasped the tenets of both courses fully - but I may have to come back and reappraise that one in a few months when I've completed more study and assignments.
Writing-wise I'm quieter than I've ever been. I think I may be working up to a huge splurge and yet another change in direction. There's a great competition in the Scotsman for a 3000 word short story - only trouble is the closing date is Friday the 10th of March... ah well! The subject is that of work and I have been struck by many things since returning to the daily grind, not least the dependency on travel and just how like our english neighbours we are becoming, in our quest for material possessions, amongst many other things. It is ironic that we struggled so hard to cast off the colonial yoke, only to replace it in later years with an economic one.
Posted by Unknown at 10:32 AM 2 comments: